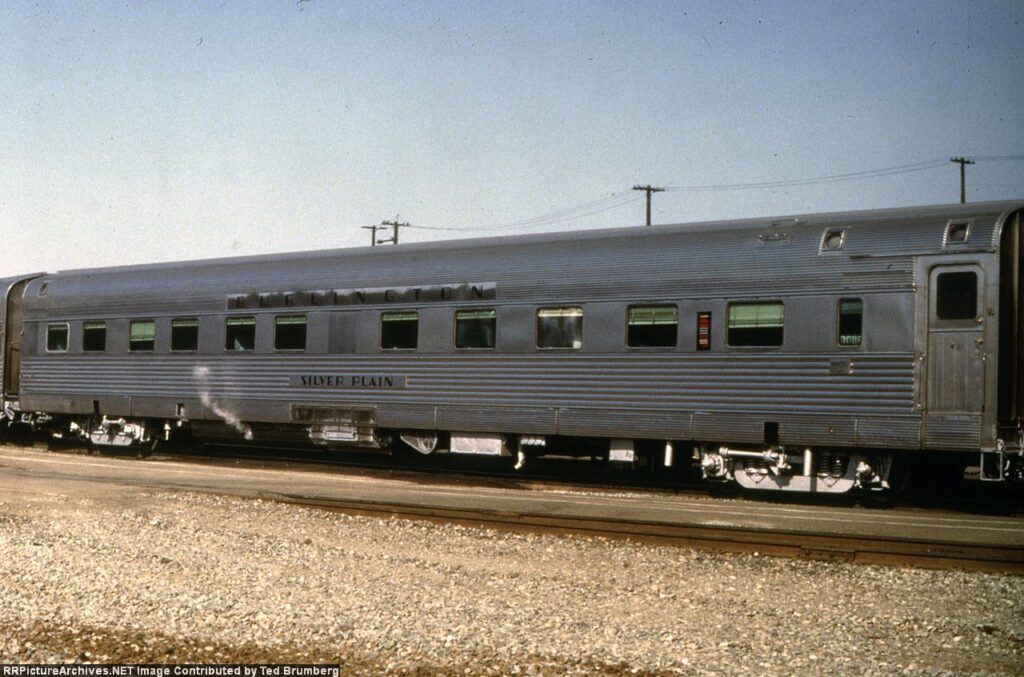 Built by the Budd Company in June 1952 (Lot #9660-112, Pullman Plan #9531) for the Chicago, Burlington & Quincy Railroad (CB&Q), Silver Plain is a 10 roomette-6 double bedroom (10RM-6DB) sleeper that was numbered 434 and placed in service on the Black Hawk. The Black Hawk ran from Chicago, Illinois to Minneapolis/St. Paul, Minnesota, and was the nighttime counterpart to CB&Q’s Twin Cities Zephyr.

Silver Plain was subsequently sold to Amtrak in 1971, becoming part of the “Heritage” fleet, and renumbered 2661. After receiving later “Heritage” fleet upgrades and conversion from steam to head end power (HEP) in 1982, it was renumbered 2466. It was retired from Amtrak in 2003 and sold to Illinois Transit Assembly. Silver Plain was subsequently sold to, and upgraded by, Mid America Railcar Leasing. Once again wearing its original name and number, it runs on Florida-Georgia Steam Heritage Museum’s Georgia Coastal Railway (GCR) as part of their heritage train.