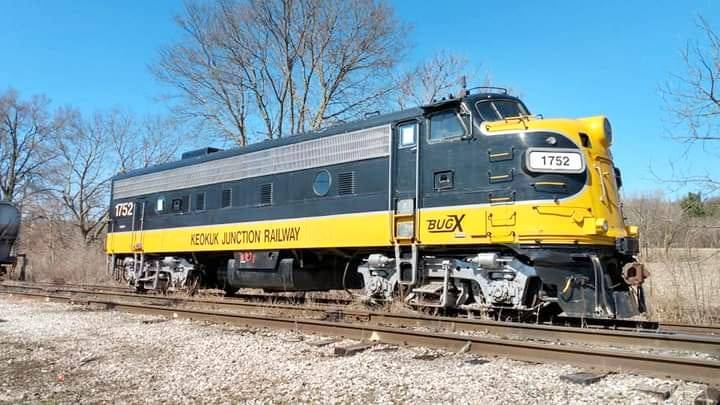 BUGX 1752 was built by the Electromotive Division of General Motors (EMD) for the Canadian National Railway (CNR) in January 1955 under order #C183 and given serial #A641. A dual purpose (freight/passenger) model FP-9A, she was equipped with a steam generator for passenger service but also hauled freight. 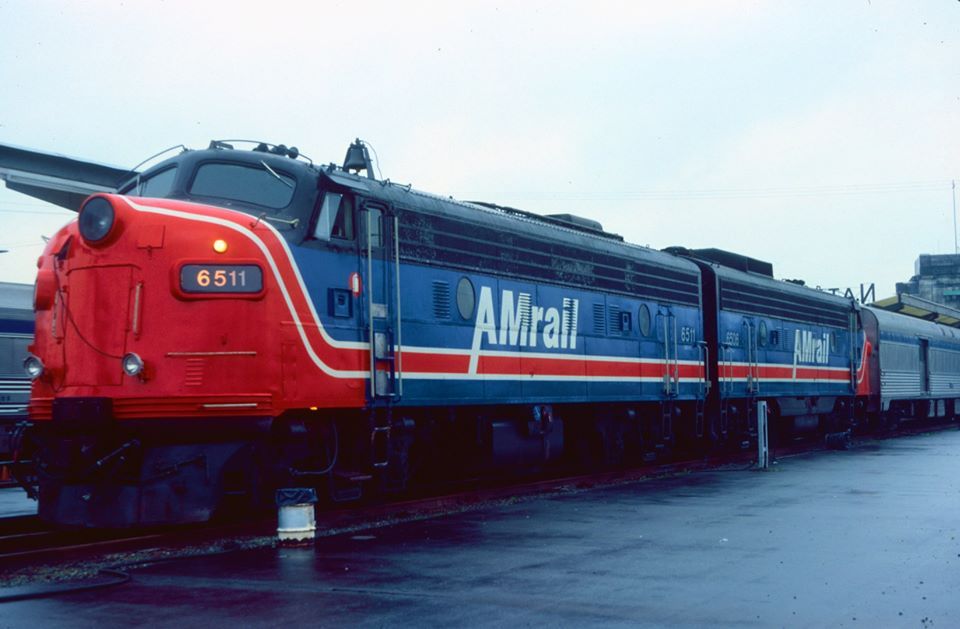 At the end of March 1978, 6511 was sold to VIA Rail Canada (VIA). VIA is the Canadian version of Amtrak. In 1983 6511 was painted in the fictitious “Amrail” paint scheme to play in the movie “Next to Last Train Ride” being filmed in southern Alberta.

On February 20, 1995, Algoma Central Railway (ACR) acquired 6511, along with ten other F units, from VIA Rail. It was renumbered 1752 and along with the other former VIA engines was used to power the Agawa Canyon Tour Train. A feature that fit well with the ACR operation was that the units still had steam generators, a necessity for the ACR passenger car fleet which featured former Canadian National Railway and Canadian Pacific Railway steam-heated passenger cars.

In 2003, shortline holding company Pioneer Railcorp (PREX) purchased the engine, keeping the number 1752, and sent it to the Gettysburg Scenic Railway. In 2007 Pioneer assigned 1752 to the Peoria & Western Railway (PWRY) and in September 2011 transferred it to the Keokuk Junction Railway (KJRY).

1752 was sold to a private individual in 2020 and moved to Tell City, Indiana. It ran there briefly in the spring of 2021on the Ohio River Scenic Railway. 1752 was relocated in August 2021 to St. Marys, Ga. for operation on the Georgia Coastal Railway heritage train where it operates to this day.