Built by the Budd Company (Job 9624-169) for the Chicago, Burlington & Quincy Railroad (CB&Q), Silver Tureen is a 48-Seat Diner that was ordered in February 1955 and delivered in October 1956. Numbered 202, it was placed in service on the CB&Q’s Denver Zephyr. This pastel paneled, gleaming restaurant on wheels served rocky mountain trout dinners and French toast breakfast to travelers en-route between Denver, Co. and Chicago, Il. The Denver Zephyr was the Burlington’s last entry into the overnight streamliner game and was their flagship train until the advent of Amtrak in 1971.

Silver Tureen was subsequently sold to Amtrak, becoming part of the “Heritage” fleet, and renumbered 8055. After receiving later “Heritage” fleet upgrades and conversion from steam to head end power (HEP), it was renumbered 8501. It was retired from Amtrak in 2007 and has subsequently been upgraded by owner Mid America Railcar Leasing. Once again wearing its original name and number, it runs on Florida-Georgia Railway Heritage Museum’s Georgia Coastal Railway (GCR) as part of their heritage train. Diners can once again enjoy a meal on Silver Tureen as the scenery rolls by. 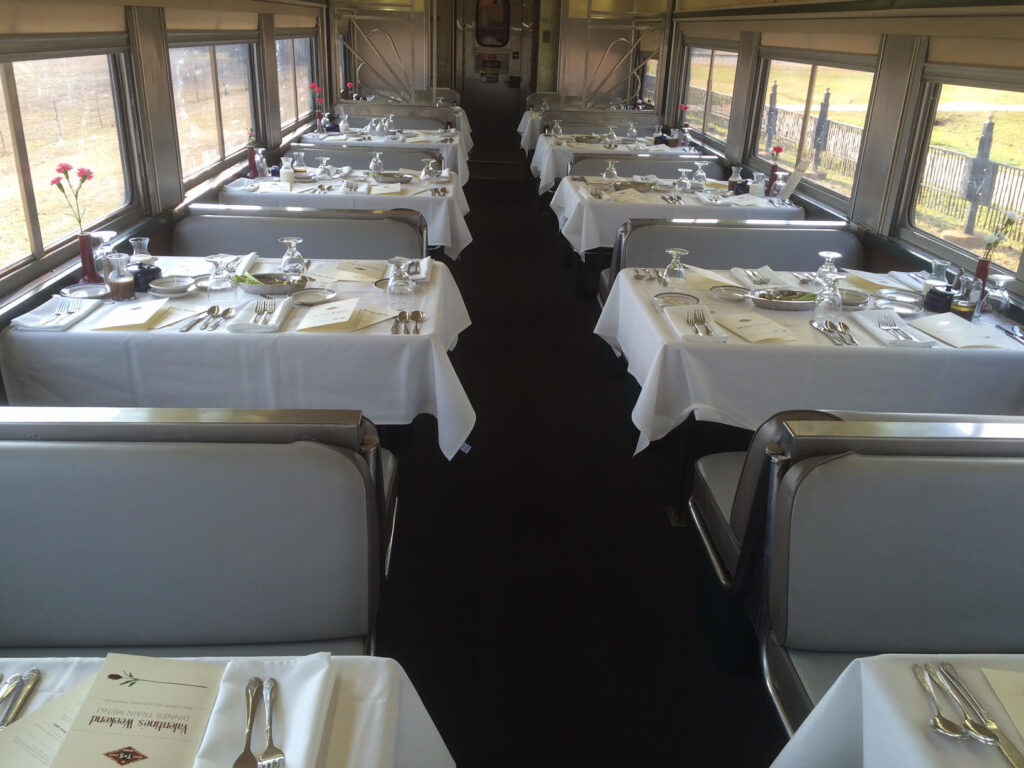